"Freedom Hardware movement " was the buzzed word that filled room CR303 in the main block of BMSIT on 23rd September,2012. A crowd near the dais trying to rig up their line follower bot, another team busy making beautiful patterns out of their led-cube, a few struggling with some loose connections on their circuit.The whole room was filled with vitality.In less than three hours , the chaotic room was organized into an exhibition show-casing some brilliant projects on Arduino.

It was 10:30 am and all of us knew the talk by Prof.Dinesh from IISc was comin to an end and we were to be expecting 100's of enthusiastic students wanting to learn about the projects we were show-casing.

The crowd came in and all of were engaged in demonstrating our months of hardwork.
Apart from Hardware projects ,we also took initiative in exhibiting a few FOSS tools. 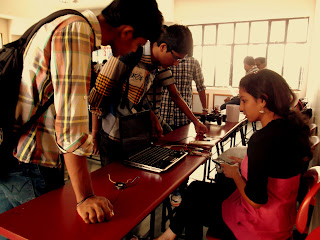 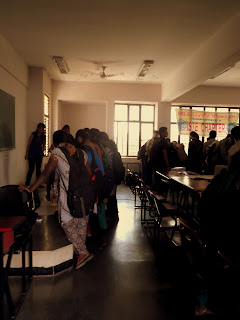 On the other side , we also arranged for distributing some cool arduino and FOSS stickers.All the teams did a great job.. 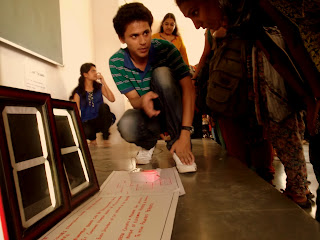 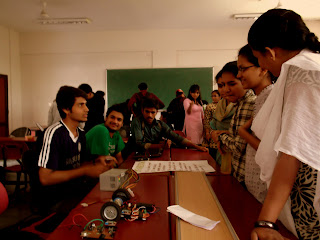 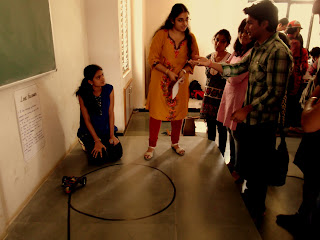 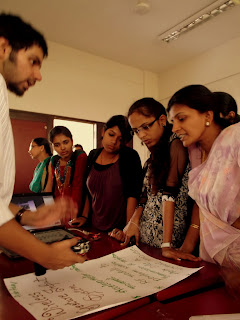 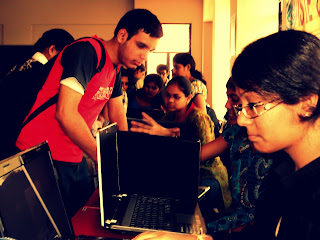 After this the students were diverted to the kicad workshop.Kicad is an open-source tool for pcb designing.The workshop received an over-whelming response.While planning for the symposium we were sceptic about the participation of students in the workshop ,so we arranged the resources to a maximum of 30.
After our round of campaigning ,we reached the registration desk to see 50 odd students lining up for the registrations.In less that 15 minutes ,we had about 100 in the list.We also fell short of tickets for the workshop.
The workshop was finally a success, thanks to Ashfaq for his non-stop back-to-back sessions.(We had to conduct it in two batches to accomodate 100.)
We still had more registrations pouring in,however, the last batch of the workshop was finally completed last saturday. 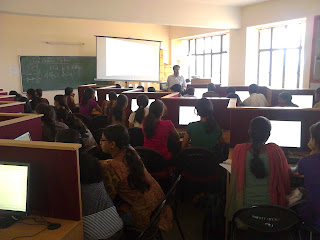 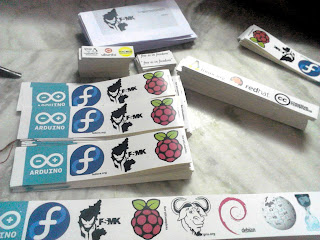 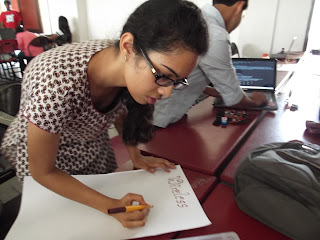 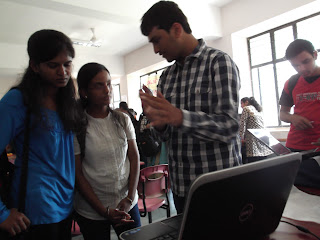 Finally, I want to thank the amazing team who made this event a great success.As a recognition of our initiative to launch the Freedom Hardware Movement, The Hindu also wrote about our symposium.
http://www.thehindu.com/todays-paper/tp-national/tp-karnataka/the-buzz-is-about-free-hardware/article3950776.ece

The symposium was a great way to meet like-minded people ,who were all determined to do great projects and contribute to the society.